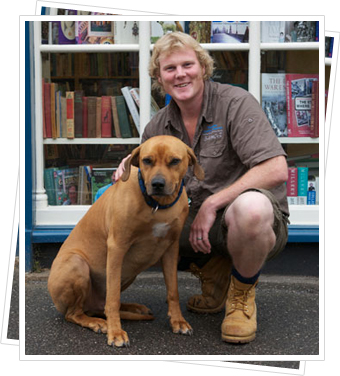 Luke is a vet. He graduated from Bristol University in '99 and additionally spent a year on a clinical scholarship at Cambridge University studying large animal medicine and surgery.

Having gained experience for a few years, in 2005 Luke set up his own practice, Pilgrims Veterinary Practice. Based in the New Forest in the South of England, it treats all types of animals and employs six vets located between branches in Cranborne and Fordingbridge.

With a remit to help as many animals (and people) as he can in his career, Luke's passion is his extracurricular work with the charities Worldwide Veterinary Service (WVS) and Mission Rabies which he founded in 2003 and 2013 respectively. Luke is the CEO of both organisations, and to date has raised over twelve million pounds to support the charities and associated projects around the world.

Key flagship initiatives including the launch of WVS India in 2010, WVS Thailand in 2015, establishing three international training centres (two in India, one in Thailand), the Mission Rabies project to eliminate rabies from Malawi and the Indian State of Goa, as well as designing and shipping an all terrain 6x6 Mercedes Zetros as the ultimate overland veterinary mobile operating/teaching unit and shipping it to India.

Luke has starred in several TV programmes on Nat Geo, Animal Planet and two prime time series on Sky One. He has been on several TV and radio shows as well has given talks at various literary festivals. Highlights include the Graham Norton Radio 2 show and the Hay on Wye literary festival. He also has a track record as an accomplished emergency vet having set up and run one of the UK’s most successful emergency OOH service for animals, covering 28 practices in Bournemouth and Poole for eight years. He is also the founding director of PetAir UK - the UK’s largest shipper of domestic pets internationally.

Luke lectures internationally on animal welfare and veterinary subjects and in 2014, was asked by the World Health Organisation (WHO) to sit on an expert panel for the International Control of Neglected Zoonotic Diseases as a result of his rabies work globally. He is also the recipient of the JA Wight (James Herriot) Award by the British Small Animal Veterinary Association for outstanding contributions to the welfare of companion animals.

Luke has also featured on the Independent on Sunday list of 101 inspirational Great Britons is a past recipient of the Jeanne Marchig Animal Welfare Award for outstanding and tireless practical work in the international field of animal welfare, winner of CEVA charity professional of the year, IFAW Vet of the Year, MSD World Rabies Hero, recipient of the Global One Health Award by the WSAVA and gave the keynote One Health lecture at the WSAVA conference in Colombia. Luke was awarded an Honorary Degree of Doctor of Veterinary Medicine and Surgery by Edinburgh University for pioneering leadership in the field of animal welfare and is a visiting Professor to the Centre of Animal Welfare at the University of Winchester. Luke has also been made a Fellow of the Royal College of Veterinary Surgeons for meritorious contributions to the profession. Fellowship is the highest status of membership of the College.

Outside of the veterinary field, Luke is the author of two books, a 3rd dan black belt in Goju Ryu karate, an Ironman triathlete and has completed the Marathon des Sables – a 152 mile self-supported foot race across the Sahara desert. Luke is married and lives in the New Forest with his four children, four dogs, two very naughty rescue cats and a transient population of re-homed rescue chickens! 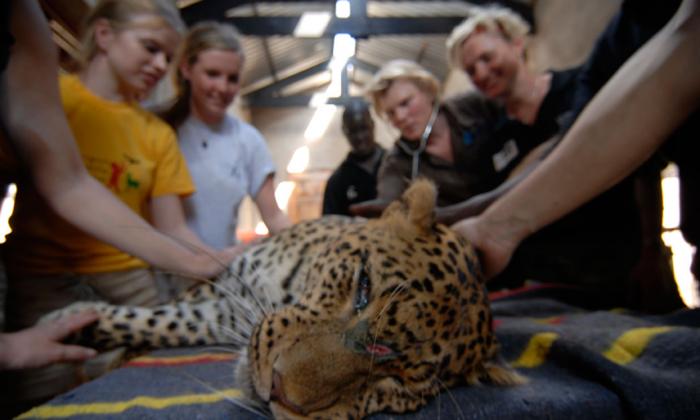